Street Art Doping is one of the most famous and acclaimed Polish festivals that demonstrates street art. Since five years it has been successfully changing the urban tissue of Warsaw, where several dozen of productions, of the most original creators in the world, have seen the daylight; these artists include:  Cyrcle, Daleast, Phlegm, Dome, London Police, SatOne, Bo 130, Will Barras, Czarnobyl, BToy, Pixel Pancho, Evol, M-City, Chazme 718, Sepe, Etam Crew, Otecki, Tone, Monstfur, to name but the few. The festival has also helped to change the image of the OchTeatr Theater, the Atlantic Cinema or Śląsko-Dąbrowski Bridge. Also, the outer gallery of the Urban Art Gallery at the Sedlaczka roundabout is growing larger with every year. All thanks to the festival.

Street Art Doping means not only murals. 2012 edition was based on the entirely innovative project – Projekt Quarter (Quarter Project) – a given part of the city center – (around Chmielna Street with the adjacent backyards), was given up to dozens of artists from around the world. The project has revealed that there is more to the street art than just a can of paint, a wall or a template. In fact, it is a myriad of actions that cannot be pigeonholed. In effect, the urban space (murals, performance, installations) as well as gallery space (Street Art in Poland 2012 photographic exhibition, BR1 exhibition in the windows of Zgoda Hotel and the closing-up exhibition), were utilized in the project.

Street Art Doping, regardless of little funding, is step-by-step changing the city. 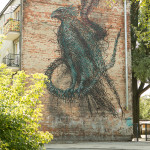 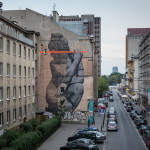 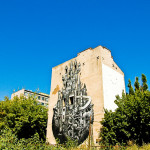 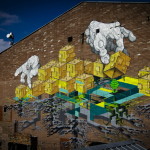 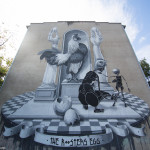 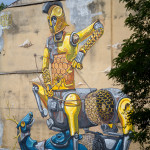 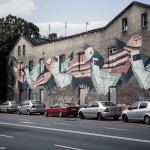 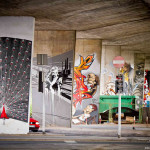 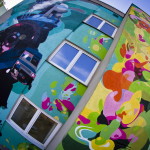